It's great to release the original soundtrack for the The Hungry, a most excellent and exciting feature film I composed the music for in 2017.

It was a real pleasure making this score, and it's ace to see the film out in the world smashing it proper!

Check out the music here:

Posted by Benedict Taylor at 02:15 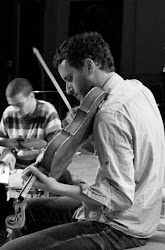